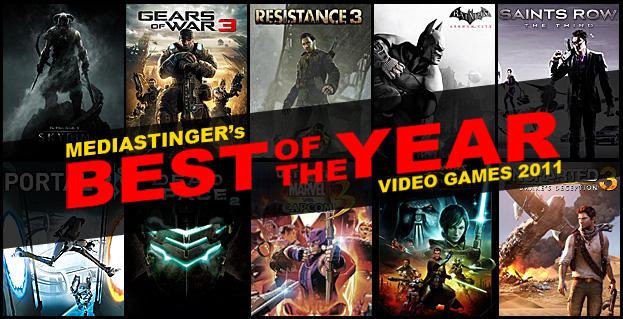 2011 was historic. Hollywood pumped out a record number of sequels (28), gamers were treated to a stellar line-up of masterpieces and blockbusters, plenty of box office and launch records were broken, and a couple months after our 4-year anniversary, MovieStinger officially became MediaStinger to reflect our expansion of services into another facet of the entertainment industry and love for video games. In light of the incredible and momentous year (maybe our last chance to do such a thing if the Mayans were right), we're honoring some of our favorite movies and games of 2011 in a Best of the Year series.

Best of the Year 2011: Video Games
Trending On MediaStinger
New Movies In Theaters
New Video Games
Coming Soon
New On Blu-ray & DVD
Like Us On Facebook

Get instant updates on